I was 17 miles into the Chicago Marathon when I panicked. I was cruising miles 11 through 15 at low 6:20s pace per mile, just barely reaching into the marathon goal pace of 6:17 pace per mile. Suddenly, I felt an intense pain in my left abdomen. I’ve felt this pain before when I tried to race, mostly untrained and recovering from an injury, at the 2016 Brooklyn Half. I was forced to stop and walk the pain away. Naturally, I didn’t want that to happen again during this marathon, so I panicked.

At the Chicago Marathon expo.

I tried to battle one bad thought after another; but once the pain felt unbearable, I just had to stop and walk it off. The pain went away soon after. I gradually returned to a nice rhythm, hitting a 6:44 19th mile. Unfortunately, I didn’t mentally recover from that setback and, along with my body giving up and not willing to keep running fast, I gave up. The first, second, and third goal for the race slipped away and so did my resolve to finish—I just wanted to walk away and try again at a later date. But I couldn’t quit with all the training and everything else I went through in the past few months.

Days like these when everything goes awry at a goal race happen. Still, you should make the best out of the situation. It was hard to. I’m not sure what I would’ve done if it wasn’t for those helping me right after the marathon. Words of encouragement go a long way, but I couldn’t help being upset. Being upset is acceptable. But, not seeing my teammates after they finished their own races was unacceptable. I took the next hour or so to try to rationalize the unexpected disappointment before making my way to the post-marathon meet-up spot.

Looking back now, all those positive and negative feelings were useful. They gave me a deeper appreciation for what I’m trying to accomplish. Until the day comes when I️ do meet my goals, it’s just a matter of working hard and looking toward the future. 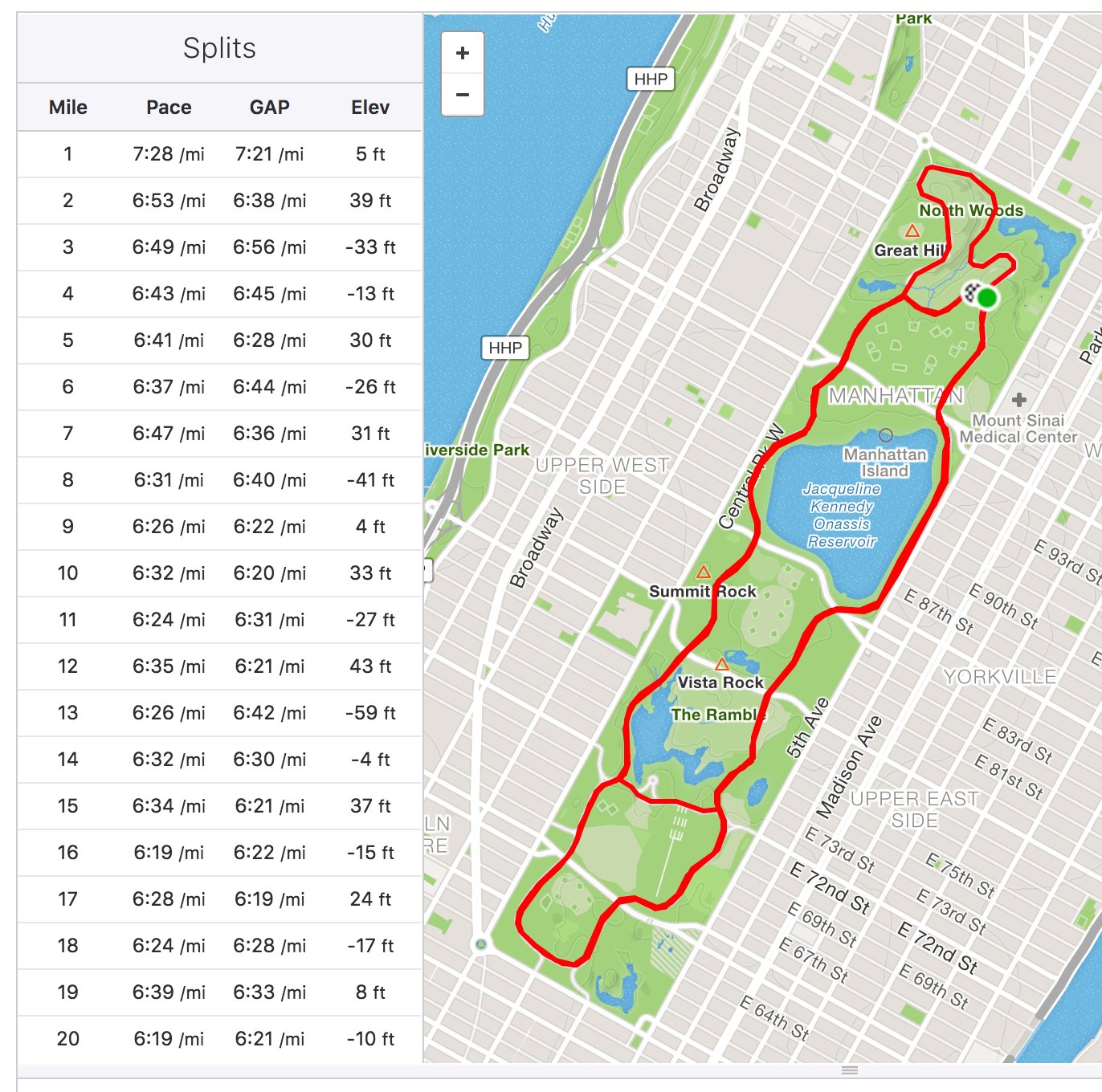 This past marathon training cycle was the hardest one yet. Instead of doing a seven day training cycle with one or two rest days, I had an 11- or 12-day training cycle with one rest day in between. I practically ran everyday for over a week, and that was new to me. I also incorporated a lot of upper and lower body strength training. The most enjoyable form of cross training was climbing high walls and solving problems bouldering. Some of my favorite running workouts were the 20 milers where I averaged around 6:35 pace per mile, something I didn’t get close to doing last year. I even set a personal best at the NYRR 18 mile tune-up averaging a 6:23 pace, which helped boost my confidence for the Chicago Marathon.

When I look back at the past few months, I realized that getting through all that work was not difficult. Waking up before 5 AM to start my long runs wasn’t hard. Working out twice a day wasn’t hard. Eating better to maintain shape, recover, and fuel for the next run wasn’t hard. What was hard, however, was going through agony and emotional distress that came from the dismantling of DACA.

DACA was rescinded and I was devastated. Approximately 800,000 people in the U.S. with DACA are now in a state of limbo regarding their residency in a country they call home. Those with DACA just have to keep living day to day like everyone else, knowing that at a moment’s notice they can be deported to their ‘home’ country. At work we launched a project I had been working on for over a year, but I couldn’t be happy about the launch because it happened the same day. It was a dark time, and I wanted to be alone to make sense of the situation.

That’s not to say I didn’t have support. Coworkers, friends, and family members reached out and helped spread positive messages—a coworker’s simple tweet was so moving that it left me speechless and teary in the office. Everything was greatly appreciated. 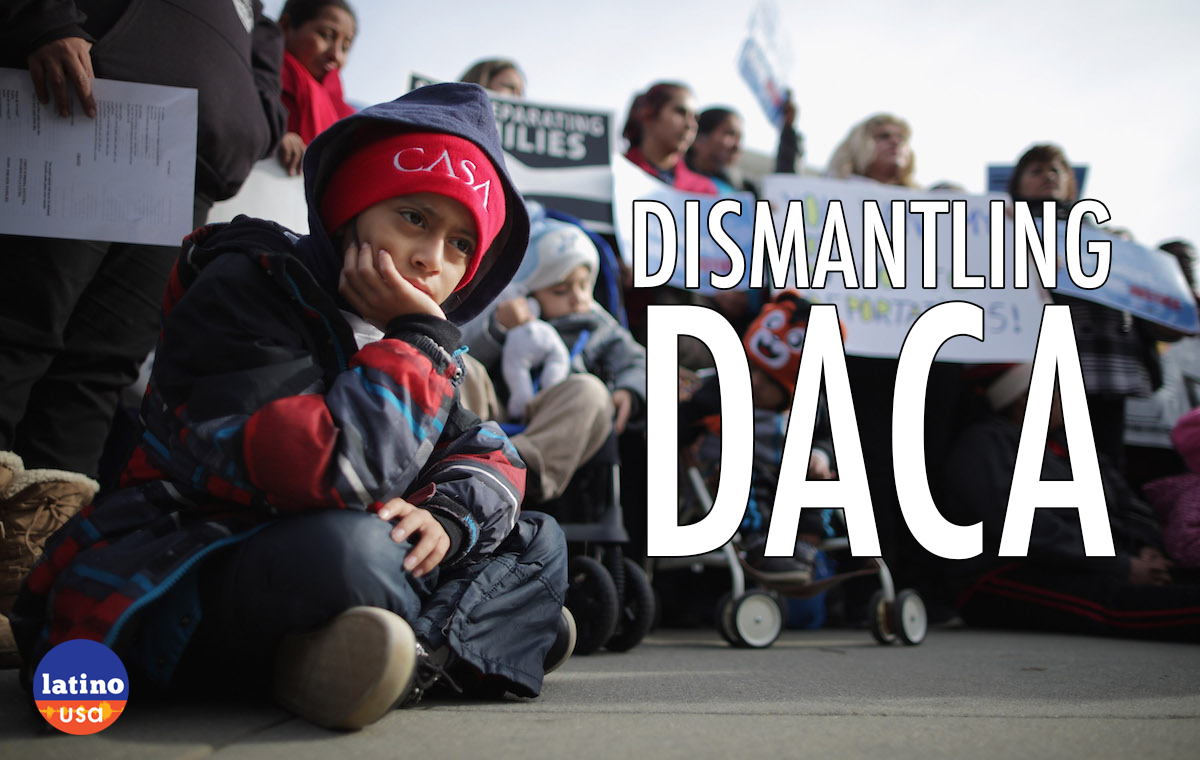 What worried me the most was what the younger generation is going through. Most are still in school and don’t have a plan after graduation. That realization didn’t hit me until an NPR podcast made me tear up during a run. Listening about what others are going through and remembering what it was like hurt. I am glad, however, that we have communities to help those who need it.

I’m at a point where I’m doing what I love, and that’s not something I can take for granted. I never felt more like myself waking up before 5 AM and arriving at Flushing Meadow Park by 5:30 to start a 20 miler, or going through a tough speed session in the morning and then a strength session in the afternoon. Mentally going through training like a “professional”, looking forward to every run, and maintaining a consistent schedule made me feel unstoppable. I made everything a habit and cared enough that those day to day habits were not difficult to accomplish. Even though this was the first time I trained like this, it felt natural.

I have so much to say about the NYC Marathon that I cannot write it all down. I️ had to first recover from the Chicago Marathon. Two weeks after the race, I️ tested out the legs by doing two medium long runs. I️ felt confident enough to be able to give another decent shot at the marathon. At a certain point during the NYC marathon, however, I started to feel my legs seizing up, so I took it easy aiming just to finish and have fun.

Here we go again! The Guzman trio are ready for this weekend’s races. Bryan is racing the Dash to the Finish 5K, and my dad and I are racing the NYC Marathon. • It’s time to get over the disappointment at Chicago and give the marathon another shot. It’s hard not to be positive with my teammates’ and coworkers’ support. #queensdistance #nycmarathon #abbotdash5k #teamwork

It’s difficult to not enjoy and have fun racing a marathon where you live. My coworker Greg made a poster of the marathon course highlighting what time I’d be at specific locations. I was able to catch him in the Bronx cheering, as well as other coworkers in Brooklyn and Manhattan. My cousins, aunts, uncles, and grandmother who live in the Bronx were set up in the same location where they, to my surprise, were located last year. Teammates volunteered at Mile 14 and 15 in Queens and passing them gave me motivation before tackling the Queensboro Bridge. And my family was also located right before the Queensboro Bridge and at later at Mile 25.5. It’s the fourth year consecutive year they come out for me. All the love, best wishes, and support is what makes the NYC Marathon my favorite marathon.

I may not have accomplished the specific time that I wanted to run at the Chicago Marathon, but I accomplished so much more. It’s the drive and encouragement that I️, along with Kevin and Maria, try to give everyone in our team that makes them strive for more. So when I hear about PRs, surpassed expectations, or just completing a marathon which they’ve always dreamed of doing, I know I’m heading in the right direction helping them out.

This is the first (and maybe last) blog post of this year, but suffice it to say that this whole year culminated at a high point at the NYC Marathon. My outlook on DACA being rescinded and the disappointment at the Chicago Marathon is the same as all aspects in my life right now — optimistic and striving for more.

We started 2017 by running and finishing the Boston Marathon side-by-side, and now we finished the year by both running the NYC Marathon. Never take anything for granted. • #bostonmarathon #tcsnycmarathon #likefatherlikeson

* A big thanks to everyone who supported me in the past few months, especially Michelle, and to those who helped look over this post!